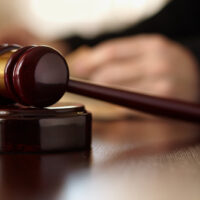 In early 2010, a little more than two years into an abusive relationship and after giving birth to a baby girl, Venetta Benjamin moved out of the apartment she shared with Abdur-Raheem, the child’s father, and informed him that she was ending the relationship, despite his threats to kill her if she tried to do so.

The threats continued and even escalated, including threats against the baby girl Zara, leading Ms. Benjamin to go to the East Orange Police Department (EOPD) on February 15th to seek a Domestic Violence Temporary Restraining Order (TRO). However, since February 15th, 2010 was President’s Day, Ms. Benjamin was told to go to the Superior Court the next day for a TRO because “no resources were allocated” to consider a TRO on President’s Day. After pleading with the officers for 45 minutes to no avail, she left. The next day, Ms. Benjamin left her baby daughter with her mother and went to the courthouse for a TRO. Meanwhile, Abdur-Raheem forcefully kidnapped baby Zara, drove down the Garden State Parkway and tossed the baby into the icy waters of the Raritan River from the Alfred E. Driscoll Bridge, killing the infant.

Ms. Benjamin filed a timely Notice of Claim on the City and EOPD in April, 2010, in accordance with the New Jersey Tort Claims Act. In February of 2012, she filed her civil lawsuit against the police department in the United States District Court for the District of New Jersey, alleging a deprivation of civil rights in violation of a federal civil rights law known as Section 1983. The City moved to dismiss the claim, but on February 20,2014, the court in Benjamin v. East Orange Police Department denied the defendant’s motion, allowing the plaintiff’s case to go forward.

According to the New Jersey Prevention of Domestic Violence Act, on weekends, holidays and other times when the court is closed, a victim can file a complaint before a judge assigned to accept complaints and issue emergency relief such as a TRO. Moreover, the New Jersey Domestic Violence Procedure Manual explicitly states that “under no circumstances should an officer prevent or discourage a victim from seeking immediate temporary relief merely because the domestic violence occurs after regular business hours.” If Ms. Benjamin can establish a practice in the East Orange Police Department of ignoring these rules and not considering TROs after hours or on a holiday, she may be able to recover civil damages against the police department for the death of her child.