Supreme Court Rules on DUI Blood Testing Without a Warrant 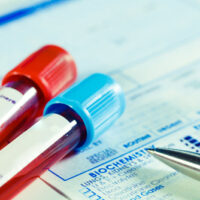 “We hold that in drunk-driving investigations, the natural dissipation of alcohol in the bloodstream does not constitute an exigency in every case sufficient to justify conducting a blood test without a warrant.” – The United States Supreme Court in Missouri v. McNeely, April 17th, 2013

Although the Fourth Amendment protection against unreasonable searches generally requires probable cause and a warrant in order to conduct a search, the courts have long held there to be many exceptions to the warrant requirement. One exception is as an “exigency” or emergency, such as in the case of “evanescent evidence,” where there is no time to get a warrant before the evidence being sought disappears. Earlier this year, the U.S. Supreme Court took a strong stand in requiring that an emergency truly exist before drawing blood for a DUI test without the suspect’s consent.

Back in 1966, the U.S. Supreme Court in Schmerber v. California upheld a warrantless blood test of a DUI suspect without his consent as being reasonable and falling within the emergency exception to the warrant requirement. The court based its decision on all the surrounding circumstances and facts in that case. Since then, however, police officers have come to believe that obtaining evidence of blood-alcohol content (BAC) is always an emergency due to the fact that alcohol is metabolized in the body and dissipates over time.

Not every case is an emergency

In the McNeely case, the officer never attempted to get a warrant but merely drove his suspect to a medical facility and had blood drawn over the person’s objection, as though it were a standard practice. The High Court in its decision very clearly said, “No” to this practice. Whether or not a warrantless search meets the emergency exception depends on all the surrounding circumstances and must be determined in every case.

The court’s decision in McNeely is truly a victory for individual rights. Even so, do not assume that the police will not continue to force a blood draw over your objection if they suspect you of driving under the influence. Law enforcement will likely continue to use this means of gathering evidence against drunk driving and using the results against you in court. However, if your attorney can prove that no true emergency existed and that the blood test was an unconstitutional search, the court can suppress the evidence or even dismiss the case altogether. If you are arrested for drunk driving, make sure that you are represented by an experienced criminal defense lawyer and that you contact your attorney as soon as possible after your arrest. In New Jersey, contact Lance Brown & Associates for immediate assistance.