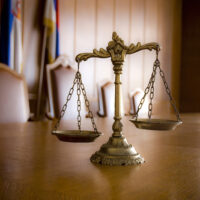 The Pennsylvania law is similar in many respects to Nicole’s Law in New Jersey. This law allows a New Jersey court to issue a no-contact order as a condition of release when an individual charged with a sex offense is released from custody before trial, either on bail or personal recognizance. If the defendant is later found guilty, the court can continue the order in basically any manner the judge deems appropriate. The terms of a sexual assault restraining order are quite similar to a domestic violence restraining order, including requiring the subject of the order to pay child support and prohibiting the subject from possessing a firearm, in addition to having no contact with the victim. A sex offense restraining order is basically permanent, since according to the law it will “continue in effect…until further order of the court.”

Pennsylvania’s Sexual Violence Victim Protection Act was reintroduced to the legislature in February 2013 after failing to pass in the previous legislative session. The predecessor bill, Senate Bill 58 of the 2011-2012 session, died in committee after being referred to the Judiciary committee in May 2011 but never getting reported out. The new bill, SB681, was passed by the current legislature and signed by the Governor on March 21, 2014. Earlier versions of the bill had it taking effect six months after enactment, which would have made it effective in September, but it appears that the final version of the bill included an effective date of July 1, 2015.