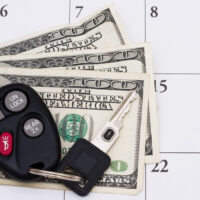 In 2005, Congress passed the Bankruptcy Abuse Prevention and Consumer Prevention Act (BAPCPA). Despite its consumer-friendly name, the purpose or at least the effect of this “bankruptcy reform” was to make it harder to be eligible for Chapter 7, and to maximize the amount you have to pay in Chapter 13. At the heart of BAPCPA is a means test that you must pass if your income is above the median level for your state, in order to be eligible for Chapter 7.

For Chapter 13, the means test is used to determine disposable income available to put toward the plan. “Disposable income” is derived by computing “current monthly income” less allowable expenses, such as transportation expenses. To determine transportation expenses, BAPCPA refers to standards the IRS uses in tax collections. These standards include an amount for “ownership costs” and an amount for “operating costs.”

The United States Supreme Court in the case of Ransom v. FIA Card Services, N.A. had to decide what “ownership costs” are for purposes of Chapter 13 (you can listen to the oral arguments made in court or read the transcript from the hearing here). The debtor in this case claimed the ownership allowance (at the time $471 a month) even though he owned the car outright. One of the creditors objected, claiming that the allowance for ownership costs is only available to people making loan or lease payments. In fact, that is the position the IRS takes in its manual, but the BAPCPA did not incorporate the manual, argued the debtor, only the standards and the tables of allowances.

The high court was having none of it. The court sided with the creditor and held that the allowance for ownership costs are only available to people making loan or lease payments on a vehicle. One Justice did dissent to the ruling, pointing out several inconsistencies that will occur. For instance, you can take the deduction for operating costs regardless of whether you have any actual expenses, so why not the same for ownership costs? Also, you can claim the ownership allowance even if you only have one payment left on the car, even if you only owe $1.00. Is it fair to let those people have the deduction but deny it to car owners who happen to have already paid off their loan?

This decision of the court’s is no small matter. The ownership allowance alone amounts to tens of thousands of dollars over a five-year Chapter 13 plan. This is money the debtor will have to pay to creditors that otherwise could have been protected in the bankruptcy. There are many exemptions, allowances and deductions to consider in either a Chapter 7 or Chapter 13 bankruptcy, and although they can be complicated and confusing to work out, the results are vital to a successful bankruptcy plan or discharge. Always consult with an experienced bankruptcy attorney before filing your petition. In New Jersey and eastern Pennsylvania, contact Lance Brown & Associates for help.