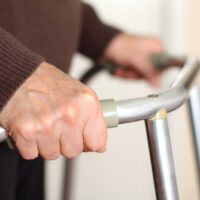 Seventeen workers at a Buffalo nursing home have been arrested after hidden cameras revealed a pattern of neglect. In an even more bizarre scenario, two former workers charged with abuse in a Framingham, Massachusetts assisted-living facility provided their own evidence against themselves, in the form of cell phone videos.

A slew of misdemeanor and felony counts have been lodged against eight nurses and nine nursing assistants for abuse of a bedridden resident of HighPointe on Michigan in Buffalo. On suspicion that the resident was not receiving proper care, a hidden camera was placed in his room. This video surveillance showed that the nursing staff failed to check on the resident as needed, failed to dispense pain medication or provide him with liquids, and failed to perform incontinent care. To make matters worse, check sheets and medication administration forms were falsified by the staff, appearing to document that proper care had been delivered when video surveillance clearly showed the contrary. Charges against the employees include first degree falsifying of business records, first degree endangering the welfare of an incompetent or physically disabled person, and willful violation of public health laws.

Meanwhile, in Framingham, a pair of workers at the Emeritus at Farm Pond assisted-living facility have been arrested on multiple counts of assault and battery on an elderly person and videotaping or photographing someone in a state of nudity. Cell phone video taken by one of the abusers shows her physically assaulting and humiliating an elderly resident with Alzheimer’s disease, while another video shows her co-worker physically assaulting a 71-year-old man with Alzheimer’s. The woman who took the video, an 18-year-old certified nursing assistant, admitted to taking the pictures and video of their activities as an attempt at “humor.”