CFPB to CARD Act: Thank You for Saving Consumers Billions of Dollars 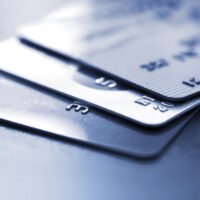 The newly-created Consumer Finance Protection Board (CFPB) recently reported on the effect of the Credit Card Accountability, Responsibility, and Disclosure Act of 2009 (CARD Act) on the cost of consumer credit. According to the CFPB, the Act has saved borrowers $4 billion in fees that they would have paid had the law not been in place.

The CARD Act was passed by Congress in 2009 to help consumers understand the terms of their credit card and the effect of interest on their balances. If you had credit cards before and after passage of the act, you may have noticed changes in the way your bill was laid out. These changes were required by the CARD Act. You can read a summary of the Act’s requirements posted on the Federal Reserve’s website. Basically, every monthly statement now includes information which shows how long it would take to pay your bill if you only make the minimum payment (usually it takes decades) and how much over the minimum you would have to pay if you wanted to pay your card off within three years. Of course, the amount changes every month as you incur new charges, so these figures are updated with every statement. Your bill should also contain a toll-free number to a credit counseling agency.

The CFPB found that educating consumers about the mountain of debt they were piling up by only making the minimum payment on their credit cards (or skipping payments altogether) has paid off in many situations. According to the CFPB, $2.5 billion has been saved in over-limit fees, along with an additional $1.5 billion in reduced late fees.

The CFPB was created by the Dodd-Frank Wall Street Reform and Consumer Protection Act of 2010 (commonly known as Dodd-Frank) to consolidate the nation’s consumer financial protection authority in one agency and increase consumer protection regarding credit and other financial products and services. Among other things, CFPB regulations have given more teeth to residential loan servicing laws such as RESPA and the Truth in Lending Act (TILA), helping home buyers better understand the type of mortgage they are purchasing and its long-term total cost. Hopefully, these new regulations will help prevent mortgage defaults and foreclosures.